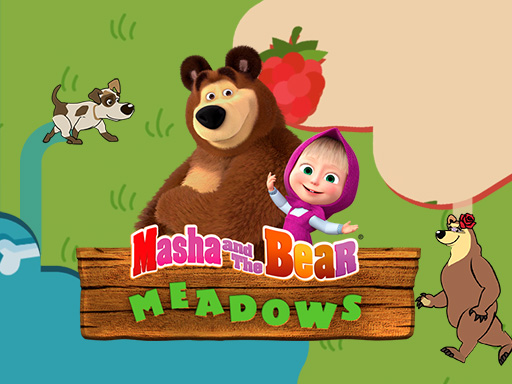 Masha and the Bear went for a walk. They wanted to rest as they got tired and began to choose a clearing for themselves so that it was bigger and more beautiful. But there are few good meadows in the forest. Control Masha or another cartoon character and show whose clearing is the best! Expand your territory, starting with a small lawn. When running out of their lawn, a character leaves a trail. The area enclosed by the trail is added to the territory when the character returns. If you miss out and someone steps on your trail, the game is over. Watch carefully whether someone is getting close to you and returning to your territory, as you cannot be beaten there. To beat another player, you have to step on their trail.

The more territory you occupy and the more players you beat, the more coins you get. You can spend your coins in a store to unlock other cartoon characters and play them.